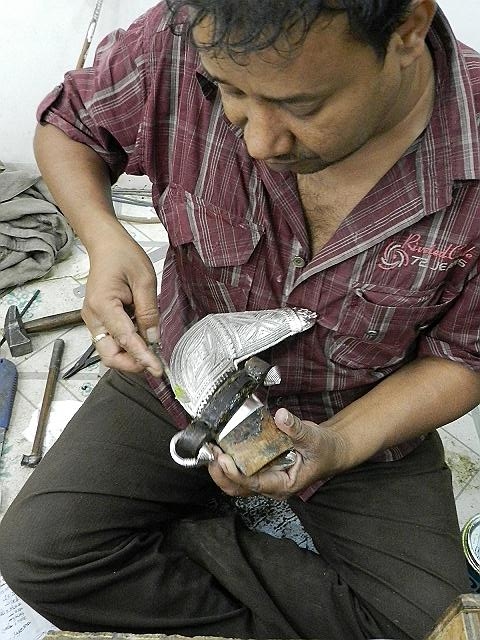 In the past every man has worn a khanjar on a daily basis. Today the khanjar is a national symbol and is still worn on special occasions or when protocol demands. A khanjar appears on the flag of Oman, as part of the National Emblem of the Sultanate.

“When Sultan Qaboos came to power in 1970 there was a decided lack of public ceremonial in Oman associated with the monarchy in the 20th century,’ one can read in the article: Rituals of Royalty and the Elaboration of Ceremony in Oman: View from the Edge from Dawn Chatty.” Gradually over the first decade of Sultan Qaboos’ reign, an elaborate structure of ceremonial units emerged. In 1970 along with the creation of special military units with ceremonial functions came the requirement to create a national emblem which set Sultan Qaboos’ reign apart and gave it distinctiveness from previous Al Said Rulers. Although the emblem of crossed khanjars predates Sultan Qaboos’ reign, the Al Said dynasty’s emblem, later called the National Emblem or Royal Arms of Oman is a device consisting of crossed Omani swords with a superimposed dagger (khanjar), a local Arab curved dagger which is worn on a waist belt and placed centrally in front of the body. The National Emblem of crossed khanjars was later surmounted by a crown and used for directly ‘royal’ entities, such as on the cap or rank badges of all the Sultan’s uniformed forces.”  Nowadays one of the most popular and universally used Omani symbols is the khanjar.  For some, the only charismatic Omani dagger is the Royal khanjar or the sa’idiyyah khanjar. 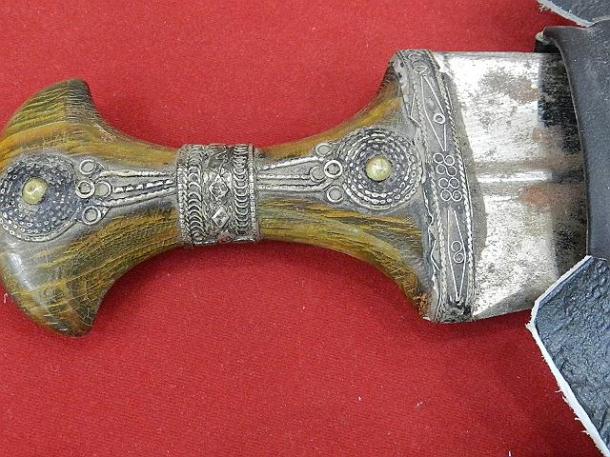