Making jewelry was the centerpoint in Tofull’s life, who lives in Taqah, in the east of Salalah in the south of Oman. Her brother in law taught her the art of silversmith.  When her husband became sick and died in 1974, Tofull raised her three sons from the money she earns from her silverwork.  At that time Oman was in a transition period.  Starting in 1970 from scratch, the current leader Sultan Qaboos launched his big reform programs. 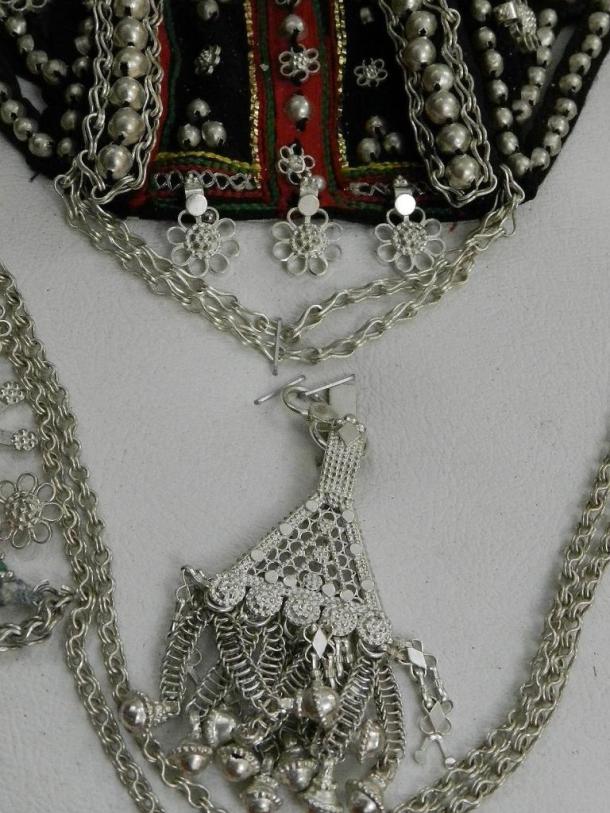 Jewelry for the wedding

Till 1970 the Austrian Maria Theresa Thaler and the Indian rupee were the main currencies in Oman. In 1973 the rial Omani became the national currency. For their high silver content the Maria Theresa Thaler coins were melted down and converted in jewelry. Also Tofull, who is now head of the Art Section in the Omani Women Association in Taqah, used the thalers in her silverwork. As a collector of traditional objects she still has some original coins. 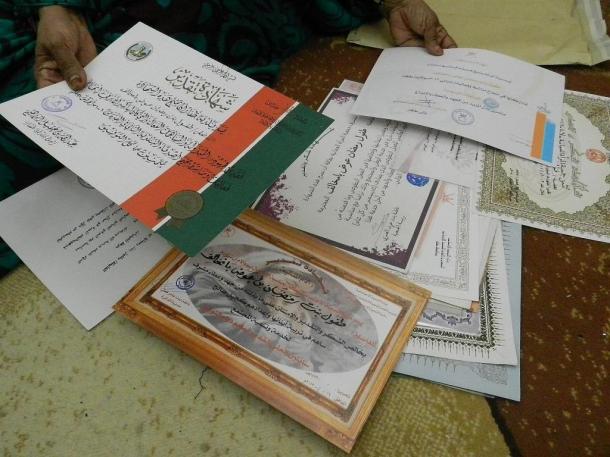 Till now, Tofull won several certificates for her traditional silverwork

In the book : ‘A Silver Legend, the story of the Maria Theresa Thaler,’ one can read that Europe’s passion for coffee propelled the first of Maria Theresa’s silver thalers towards their extraordinary destiny in Arabia and Africa. Afterwards, the thaler became the most popular as currency in circulation. The prices for slaves listed in historical accounts of the 19th century were usually given in Maria Theresa Thalers. The thalers were used during the Marxist-inspired insurrection in Dhofar in the south of the Sultanate. Thalers became also a component in the traditional necklaces, belts and headdresses worn by women. In Oman the tradition was for a bridal couple to be given Maria Theresa Thalers by their guests. Nearly four hundred million thalers have been minted since they were first struck in 1741.

Tofull has still some original Maria Theresa thalers in her collection

One thought on “Jewelry with a story”