Sitting at the terrace of Mocca café in Mughsayl in the west of Salalah, Dhofar, in the south of Oman, a rock formation in the Arabian sea in front of me suddenly catches my eye. The vulcanic rock sculpted by the wind, the sea and the yearly rain of the south west monsoon reminds me of another sculpture. “Padrão dos Descobrimentos” on the northern bank of the Tagus River in Santa Maria de Belém in Lisbon, honors the Portuguese Age of Discovery during the 15th and 16th centuries.  Along this river ships departed to explore and trade with India and the Orient. 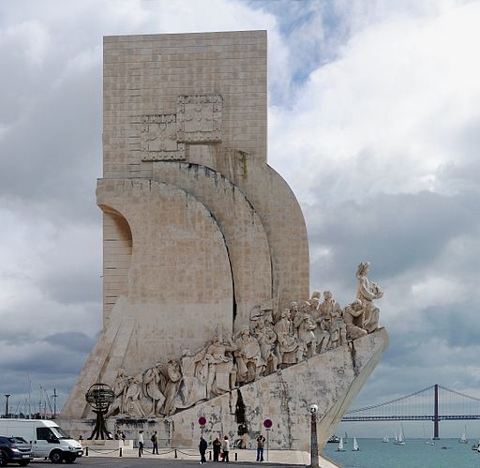 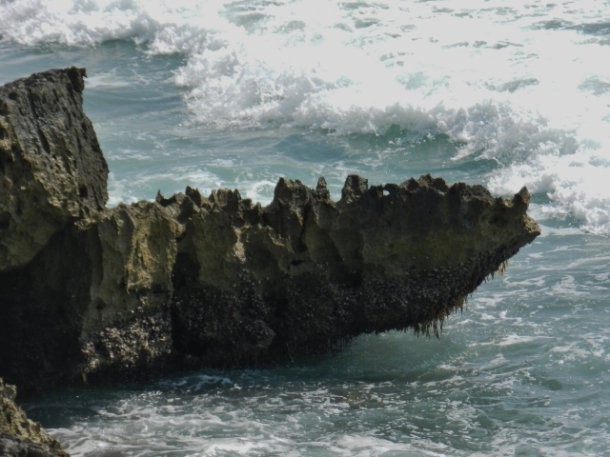 In the early 16th century the Portuguese troops invaded coastal areas in the north and Muscat. It was a bloody battle. After the fall of the town, most of the remaining inhabitants, men women and children, were massacred, the town was occupied and pillaged. The occupation by the Portuguese held until 26 January 1650. The forts of Al Jalali and Al Mirani are the capital’s most prominent landmarks and were built in the 16th century. The Portuguese completed their construction of Jalali Fort in 1587. Its present-day form dates from the reign of Sayyid Said bin Sultan, and this Fort was restored and converted into a museum in the reign of His Majesty Sultan Qaboos bin Said. The Sultan’s Armed Forces Museum (SAF) provides a good insight into the growth, development and status of Oman since the pre-Islamic times. There is commentary about the expansion over the Arabian Peninsula, conflicts between different tribes, influences during the Portuguese and European occupations, civil uprisings… Dhofar in the south was never occupied by the Portuguese.