The Corniche in Taqah, in the east of Salalah, Dhofar, was eleven days long the playground for the 2nd Taqah Festival. During my visits I collected some interesting facts about the work done behind the festival scene. More than 500 people were involved in the organization. Most of the work was done by volunteers. Four technicians used more than 200 m cable for the sound and the light on and around the stage and at the beach. Daily the stage lights were cleaned. 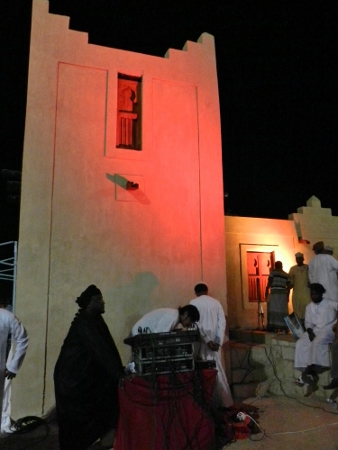 The festival grounds were nice to walk around, thanks to a lot of people who kept the festival site clean. 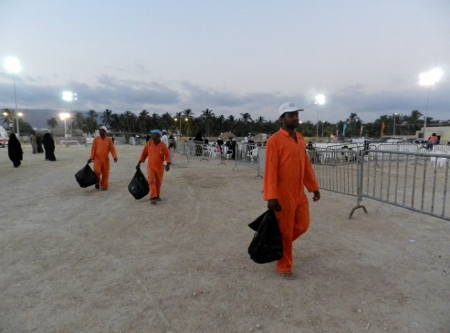 The ROP, the Royal Oman Police, guarded the site. Three scooters, four small boats, a big boat, three divers took care for the safety of the ten swimmers in the sea during the competition.

Every day, during the games in the Kid’s Village, fifty gifts were given to the children. During the weekend the foreseen one hundred gifts has to be doubled. 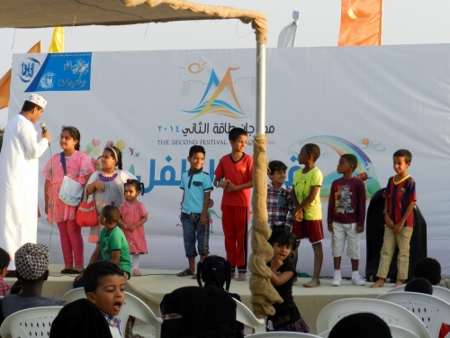 Top of the bill, thanks to the festival, and beside the mountain village, Taqah has added an extra historical building to his heritage. Especially for the festivities a former tax house from 1942 was restored. During the festival it was the main office for the media and was used for the meetings of the Municipality, the Governorate of Taqah en the general managers of several Ministries involved in the organization. The plans are there to turn the house into a museum about the history of the fishermen. 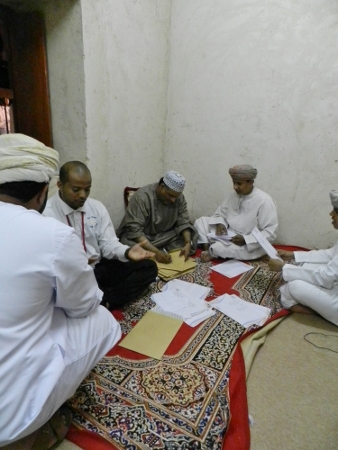 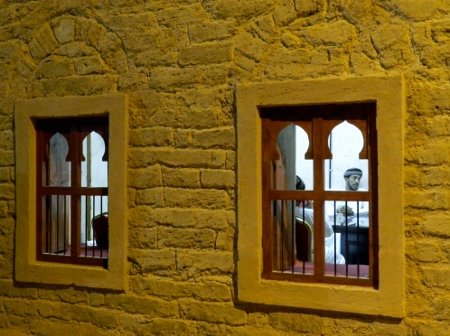 2 thoughts on “Behind the scene of Taqah Festival”