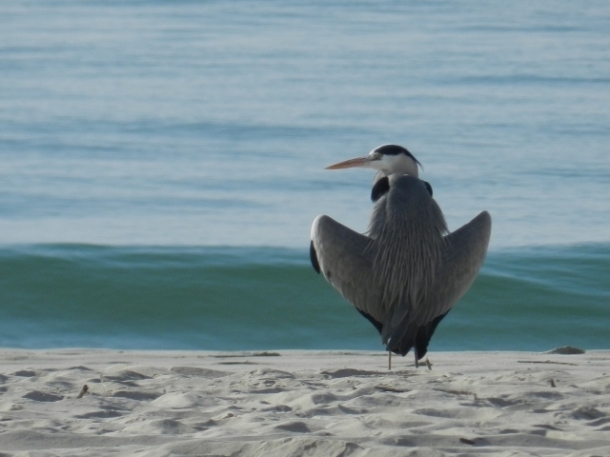 It is funny to see how this bird was watching his prey at Dahariz beach in Salalah. His attitude made me think of  “ The Old man and the Sea,” the 27000-word novel of Ernest Hemingway. With this novel he was awarded with the Nobel Prize for Literature. In schools all over the world, children still reads the story about the aging fisherman struggling with the catch of a giant marlin. Ernest Hemingway died in 1961. Four years later, Mary Hemingway established the Hemingway Foundation. In 1970, she donated her husband’s papers to the John F. Kennedy Library. Sixteen years after his dead,in 1977,the International Imitation Hemingway Competition, an annual writing competition, was created. In 1978 the minor planet 3656 was named after Hemingway.