In Muscat daily the article: “The Environment Society of Oman (ESO) starts Phase 2 of Egyptian Vulture Conservation Project,” reminded me about the talk I had with young volunteers of the World Wide Fund of Nature (WWF) yesterday, on my way to my favorite second hand bookstore in Antwerp-Belgium, my native country. WWF is the world’s largest independent conservation organization that operates worldwide. WWF has also project offices in the United Arab Emirates. The organization’s mission is to stop the degradation of the planet’s natural environment and to build a future in which humans live in harmony with nature. During our talks about endangered animals, I mentioned the International Arabian Leopard Conference of last year in Dhofar gathering eighty people from organizations, institutions and ministries involved in wildlife and conservation programs and when I talked about the community-based conservation of Persian leopard in Golestan National Park in Iran, the youngsters were not only happily surprised but also encouraged in their work to hear that also in the other part of the world actions are taken to protect the estimated two hundred leopards that are living in Dhofar in the south. Regarding the ESO and the Egyptian Vulture conversation project, we read that: “The scavenging bird has been classified as endangered by the International Union for Conservation of Nature (IUCN) and that its worldwide population has declined by 90 percent in the last 50 years. In another article we read that: With a tentative population of a few hundred birds in Oman, the status of the Egyptian vultures is fast declining. That’s why in 2012 a detailed study has been initiated by ESO to look into the ecology of the birds and suggest conservation matters.” 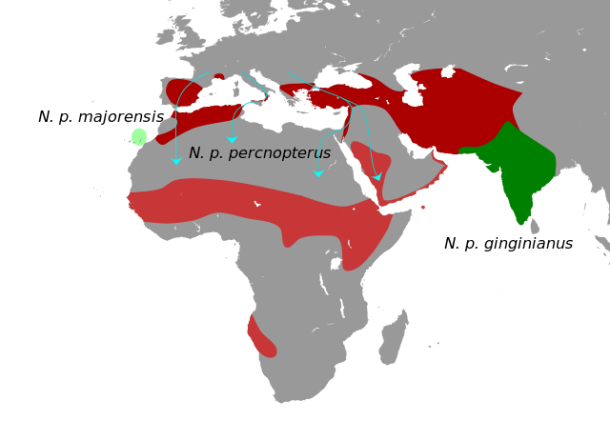 Found in much of Africa, southern Europe, Arabia and India; birds in the north-of the range spend the-winter farther south. 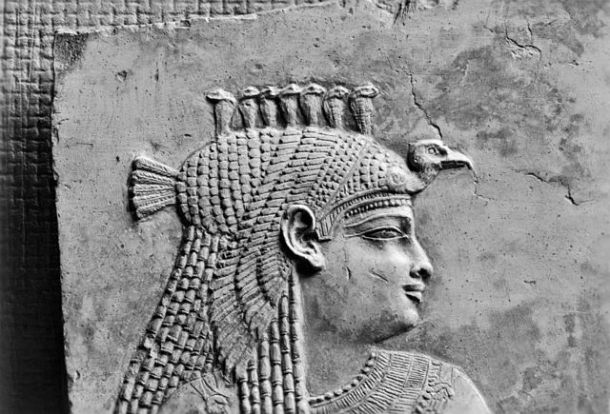 Source: Some cultures like the ancient Iranians, Zoroastrians and Tibetan Buddhists participated in “sky burials” in which they would leave their deceased to be picked over by vultures. This was an honorable process, as the vulture was a symbol of renewal and so, in a creative way, the deceased were given new life by their remains being consumed by the vulture. Egyptians recognized vulture mothers as fiercely protective, and amazingly nurturing to their young. They also keep their babies much longer (about three months) than most birds. In Roman mythology the vulture was the steed of the god Saturn (dominion over justice, agriculture, harvest and strength via control). The vulture was also associated with the god Mars (representative of strategy, military, masculinity, initiations, and protection). The Mayans had their ideas about bird symbolism. To the Mayan mind the vulture was observed as a death eater. 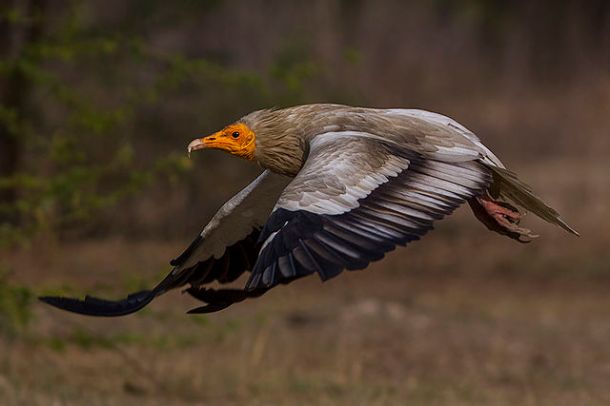 Key Features Egyptian Vulture: Uses a stone as a tool to crack open ostrich eggs, which are a favorite food item
Scavenges at garbage dumps and town markets, where it thrives on a diet of rotting rubbish
Performs a spectacular sky-dance as part of its courtship display, and nests in caves on cliff faces. Photo: N. ginginianus in flight with black flight feathers from Keoladeo National Park, Bharatpur, Rajasthan, India. Photography: Dibyendu Ash