In Salalah a wedding without a glamorous dress is incomplete. And then I am not talking about the dress of the bride. Also the friends and family members of the bride like to dress up. Mostly the dresses are hired for one night. ‘Salalah Fashion Show’ organized by ‘Nada Ahmed Al Sheikh’ not only honored Omani National Women Day. Yesterday – the second day – at the end of the show some designs were rewarded. For this occasion ‘Kenza Al Zubair’, designer from Muscat, was invited. The basic design of abaya’s, the cultural dresses of the Arab women, with a flowing form and flare, were translated in modern, contemporary and sophisticated designs in traditional black and modern bright colors. The women who attended the show had the opportunity to explore a variety of materials full of embroidery, pearls, and crystals. Lots of pictures were taken. During the diner, after the show, lots of ideas and addresses of the designers were exchanged. 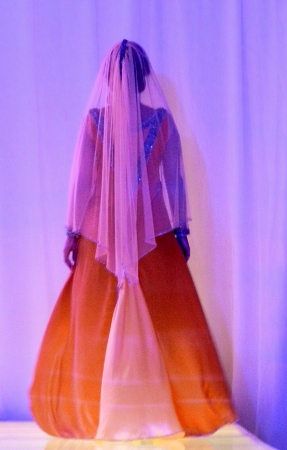 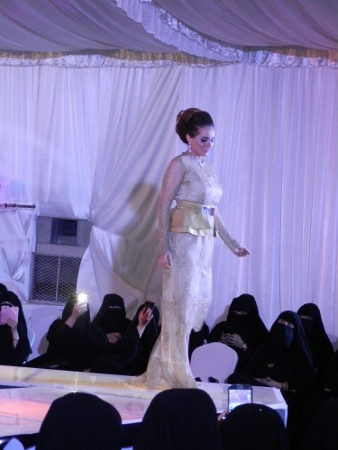 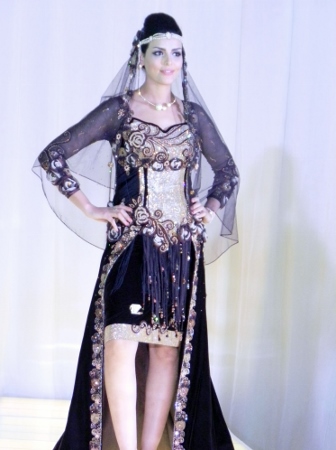 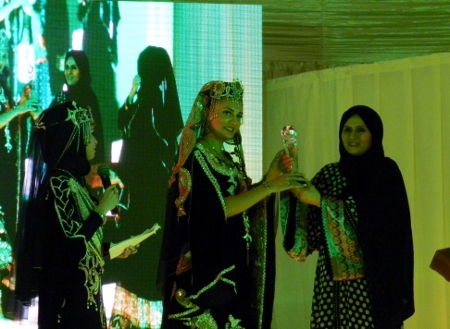