Some people have a dream. Some people make their dream come true. ‘Yahya Mohammed Ahmed Al-Massan,’ father of five beautiful children and living in Salalah belongs to the latter. He likes to make models of airplanes. 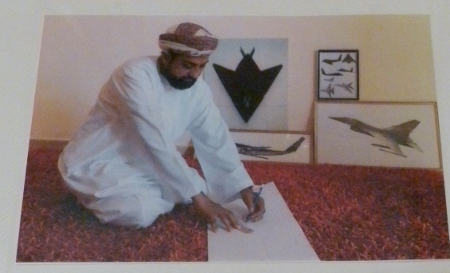 The airplanes cannot fly. The models are for display. But the hand-made airplanes are real beauties. Some of them stood model for a big factory in Bahrain. Twice, in 1995 and in 1997 two planes were offered to the current leader Sultan Qaboos. In 1997 a ‘stealth aircraft’ was a personal gift from Yahya for the National Day. The stealth aircraft, about 2 metres big and with a weight of 50 kg, was carried by two friends. In 2009 an article about his work was published in a newspaper in the Emirates and on the internet. Soon other publications followed in Saudi-Arabia, Egypt, Lebanon, Jordan…People were chatting on the net. Yahya collected the articles and the reactions in a press book.  Still he likes to go to an airshow, like in 2013 in Dubai. 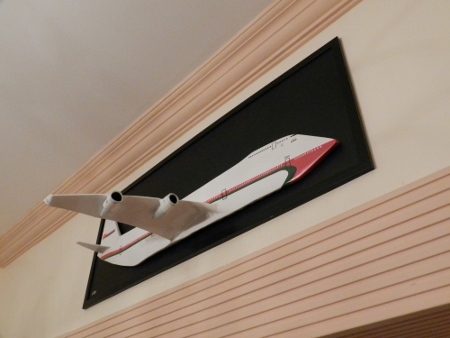 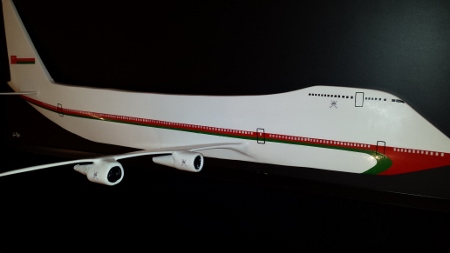 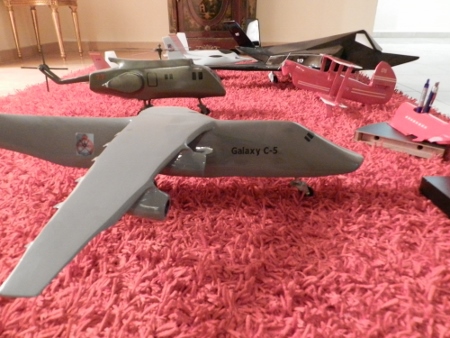 “My fascination for airplanes started at the age of eighteen. I collected practically every book or magazine that I could find about the subject.” While other people are not always so fond of flying, Yahya remembers every trip by airplane as sensational. Why he loves airplanes, he can hardly explain.  Surely it is a mix of several things. The rules of aerodynamics that explain how an airplane is able to fly, the lift that comes from the wings, the thrust from a propeller or a jet engine to move the plane forward are just a few examples he mentions. Yahya’s fascination went so far that three years later he made airplane models with glue and special paper. But soon he wanted more. When he was 22 year, not wood but aluminium became the material for his models. “Aluminium is strong and you can ply the material” he explains. “Wings for example are curved on top and flatter on the bottom. With aluminium you can do this.” With the help of hand tools, nails, cutters, special knives, and with lacquer (special paint) Yahya succeeded in building airplanes in small and bigger scales ranging from a jumbo, a double-decker till an helicopter and stealth’s. Even in his designs he uses airplanes as pencil carriers for the office. Yahya has still a dream come true. “I want to build a model of an aeroplane in real size. But for this I need the help of others. I need space, a big atelier and industrial machines. Till now I cannot afford this. But if somebody would be interested, it would be a dream to do so. In the meanwhile the models he has on display are really a pleasure for the eye. 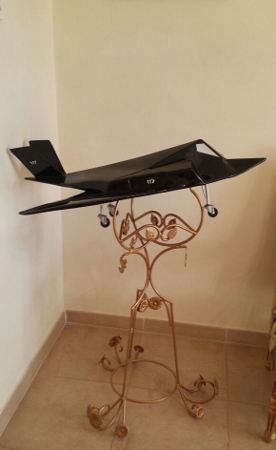 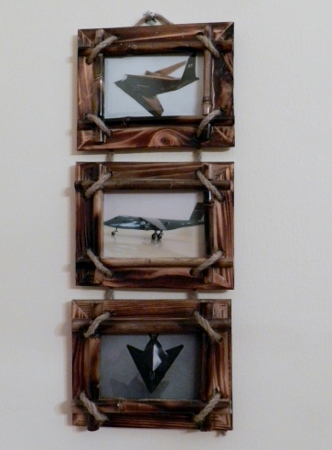