Till the 28th of December, in the Photographic Society in Salalah, in the building of KFC, the ‘5th Omani Female exhibition’ surprises. First there is the artistic level and secondly there are the various thoughts that the 47 participating women from Al Buraimi, from Muscat and from Salalah want to share. One thing is sure, visiting this exhibition is entering into the minds of the female photographers. Through there lenses they show you how they look to the world they are living in.  Out of the exhibited 58 portraits, I made a personnel choice.

With ‘Unity’ Safaa Saeed Ali Al-Ghareebi want to express that slowly the togetherness in the society is disappearing. In the composition she made from three flowers closely together in a vase, she wants to point out that social life is important and has to be taken care of. 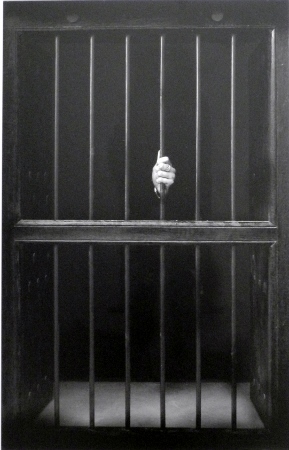 In ‘Prisoner distress,’ Khulood Khamis Salim Al-Mamari explains that still women in the Arabic world are not considered equal towards men. Still they have to fight against prejudices and to sit too much at home. Still men are considered as better.

‘Toward the goal’ from Reem Hamood Issa Al-Rashdi is special. This composition she made can be read in two ways. Or you build up your life (from left to right), or you break down your life ( from right to left). The goal is something only you decide to reach in your life time.

With ‘Gaza will never die,’ Marwa Bader Hilal Al-Tamimi expresses the feeling from the Arabic world towards Palestine. The red rose is still red, but not yet blooming.

‘Be nice and you will see a beautiful presence’ from Buthaina Khalifa Mohammed Al-Fahdi, brings an ode to inner joy and the benefits you get from it.

‘Poise’ from Balqees Salim Mohammed Al-Beloshi, brings everything she looked at through her lens in balance. 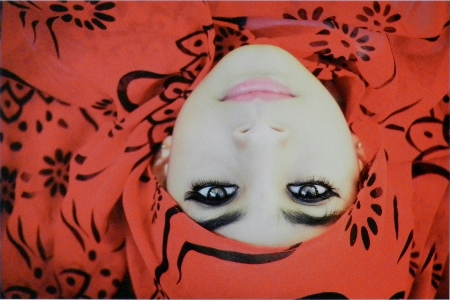 ‘Salma,’ from Tahani Khamis Khalfan Al-Lamki is a new way of looking to a portrait by putting the face upside down.

‘After dark’ from Ghaliya Nasser Mohammed Al-Hajri is strong in the graphical way.

‘Simplicity of life’ from Balqees Khalfan Sultan Al-Rashdi, is a testimony about villagers high up in the mountains in the north of Oman.

‘Mystery woman’ from Zahra Ali Ismail Al-Mehdi, becomes stronger as portrait the more you look at it. 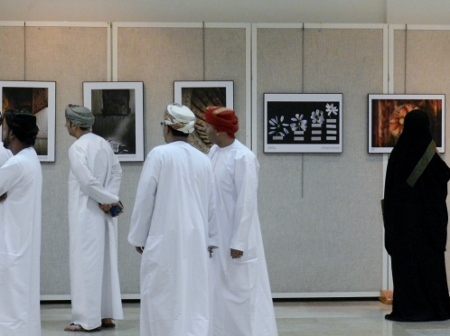 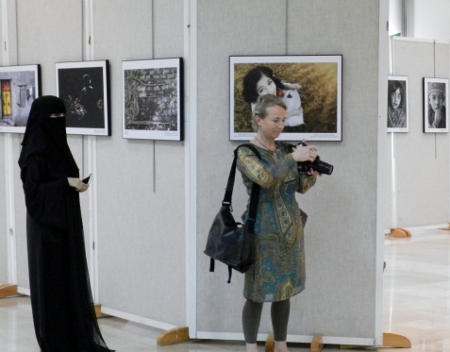 ‘The 5th Omani Female Photographers Exhibition,’ till the 28th of December in the Photographic Society in KFC building, daily from 8am till 8pm.