Although ‘Carnival’ is a worldwide phenomenon, if you want to go to have a look, you go to La Roche – en- Ardenne, my hometown in Walloon, the French speaking part of Belgium. The former days, when looking closer to this phenomenon, carnival is a reversal ritual. 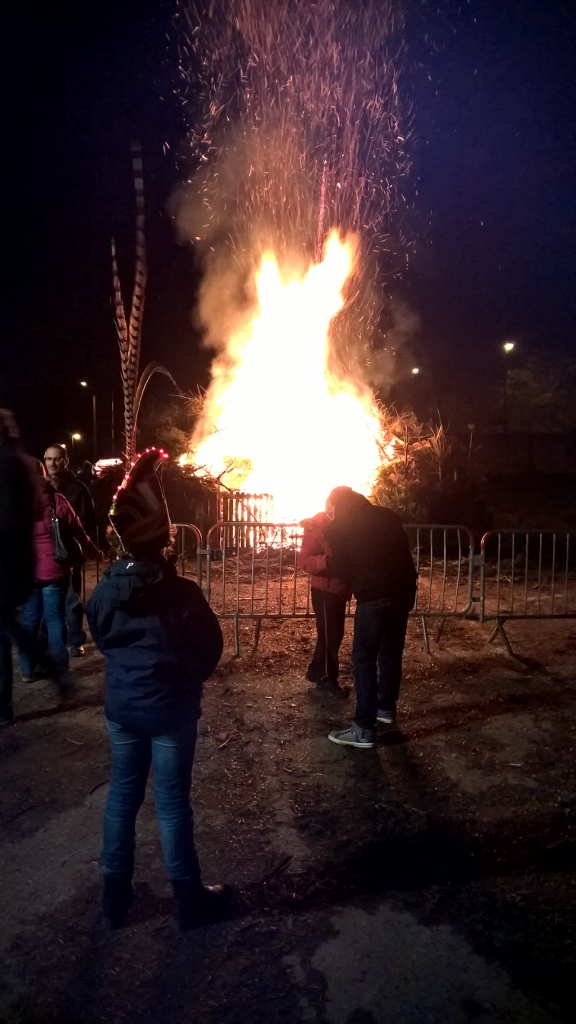 During the 43rd edition the princes of carnival kindle the ‘large fire,’ a well established practice in the Walloon ‘rural’ tradition. The fire is a rite of passage from darkness to light, from winter to spring and summer, a fertility celebration.

Every year social roles are reversed. When the mayor hands over the city key to the new chosen Prince, he and his council becomes the cultural mediators to bring foolery to the otherwise serious world. As usual there were the parades of 42 participants from the French, Dutch and German speaking communities in Belgium, Netherland, Slovenia and France. But most pretty of all were the four horses that pulled the chariot of the new chosen princes of Carnival. The passion of Mr. Bernard Ridelle from Marche-en-Famenne became in 2000 his business ‘Attelages Ardennais,’ horse drawn carriages. Meanwhile he is the proud owner of fifty horses and a lot of activities. Although the four horses that pulled the chariot are Ardennes breed, Arab blood was added to increase endurance and speed. They have their own stud book. Each horse weights 750 kilo and can pull three times their weight. 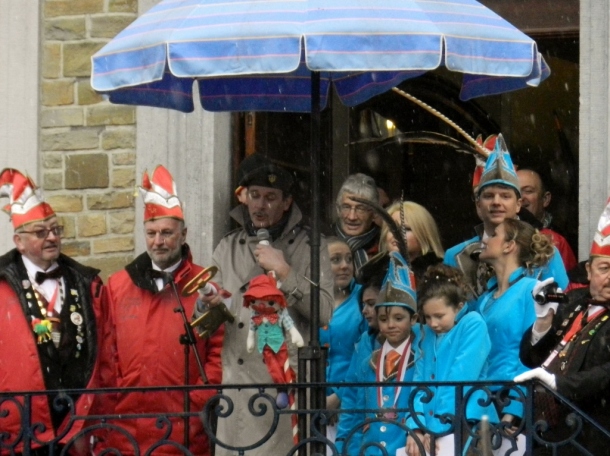 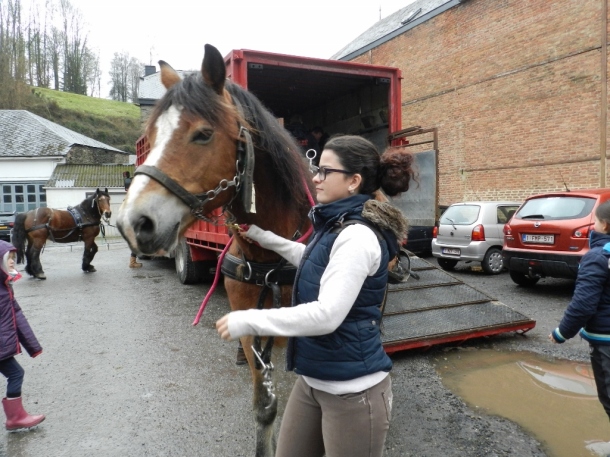 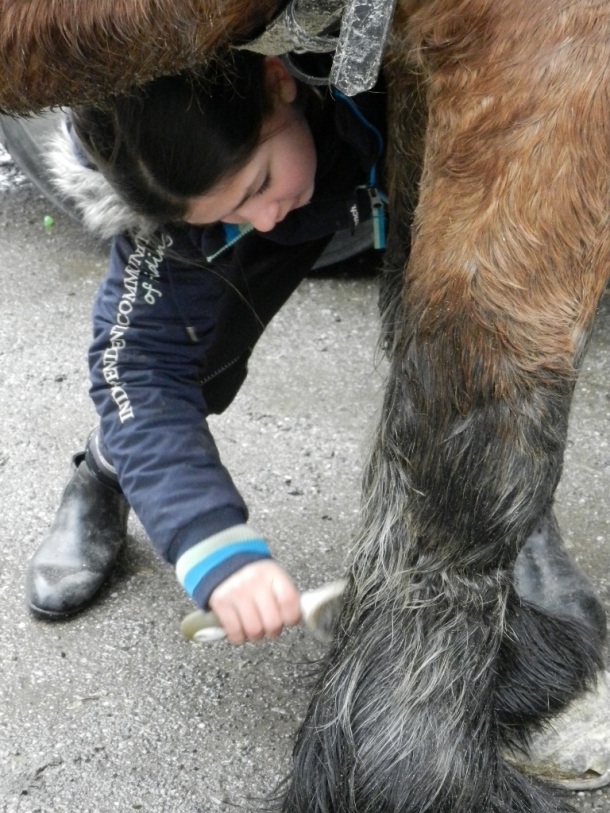 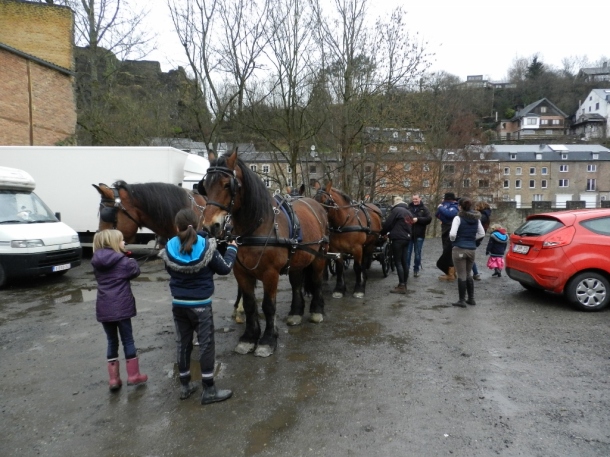 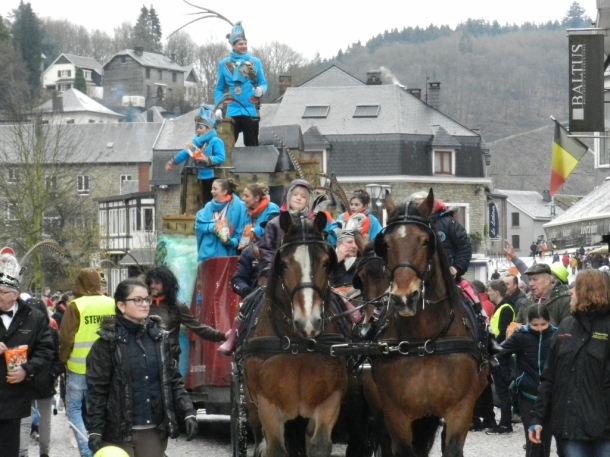 Last but not least, feathers in the Walloon Carnival matters. The new chosen Prince wears three pheasant tail feathers on his bicorne hat. The former princes have only two feathers. The tradition to wear feathers goes back to the German Carnival. Wearing feathers on the bicorne hat in the Flemish part of Belgium is not a habit. 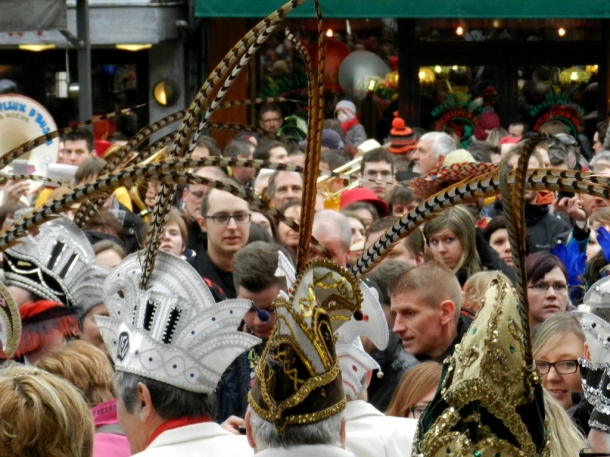 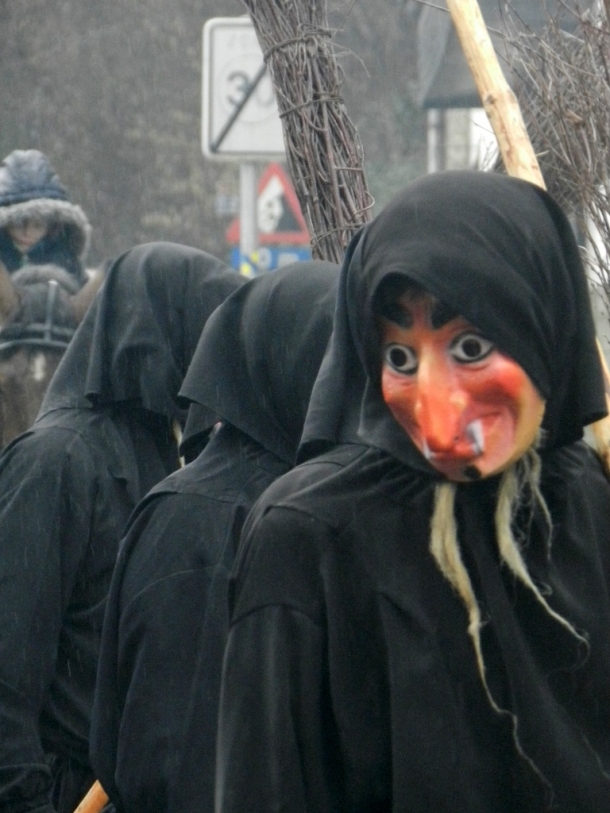 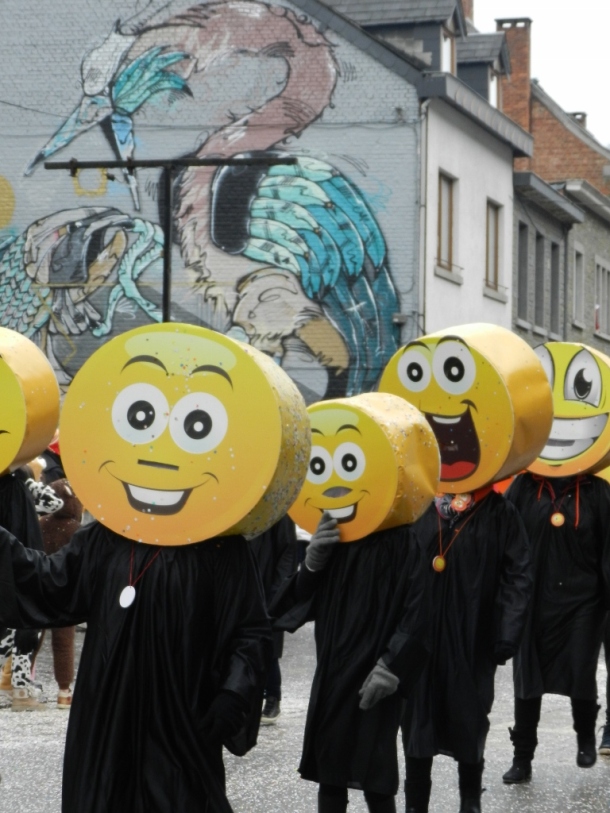 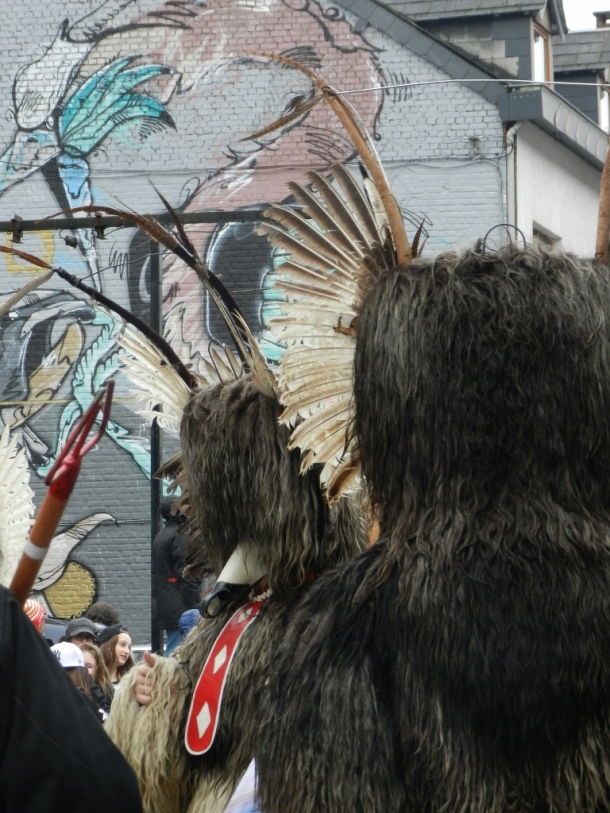 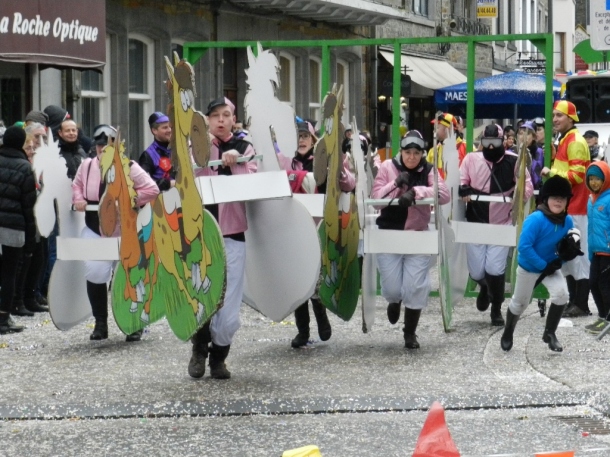 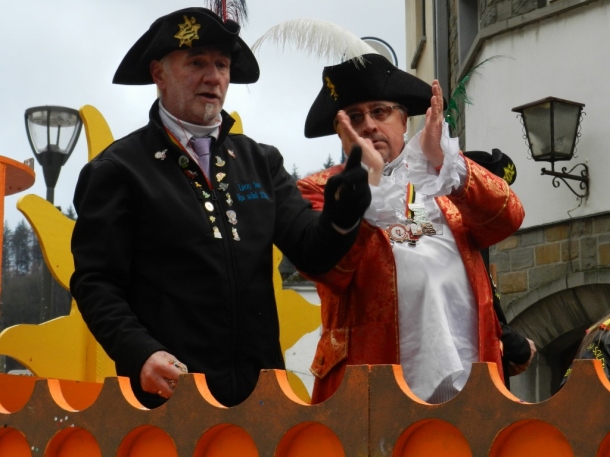 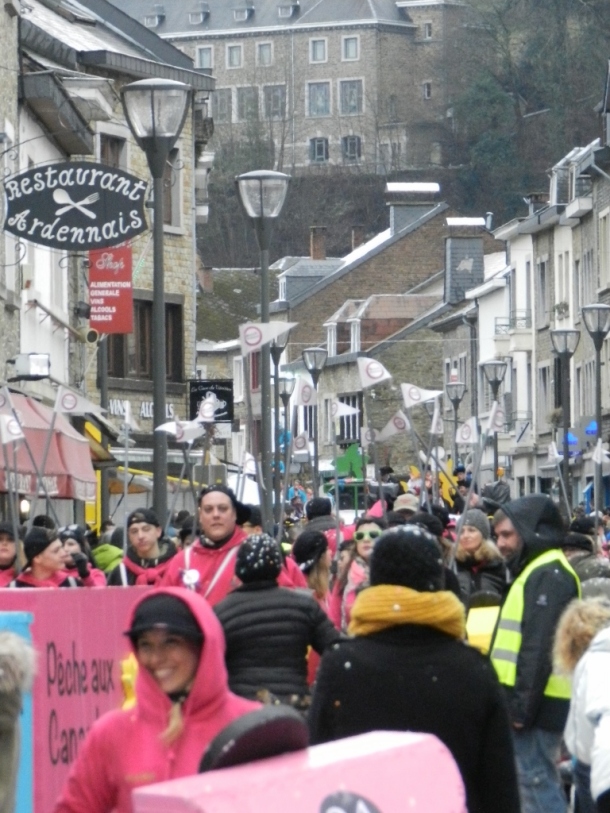