Till the 5th of March, 650 publishing houses from 27 Arab and foreign countries are taking part in the 21st edition of Muscat International Book Fair. 250.000 titles are listed and available at the search engine of the website, as well as 40 cultural events are organised. The exhibition is the biggest cultural event in … END_OF_DOCUMENT_TOKEN_TO_BE_REPLACED 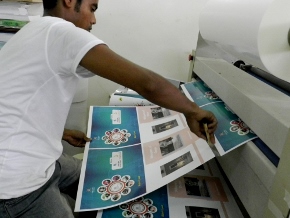 For seven years, one whisper added to another became the book ‘Whispers of Oman.’ 42 stories of mainly women became the backbone of a script that I, after three years of writing, carefully handed over to the’ Dhofar National Printing Press’ in Salalah. In 1974 the first printing house in Dhofar, in the south of … END_OF_DOCUMENT_TOKEN_TO_BE_REPLACED