How do you keep the cultural heritage alive in your children? It is a fascinating question. And as it seems on the internet it is a question that keeps a lot of people busy.

On the e-magazine:  adoption we read:  ‘Whether you’ve adopted domestically or internationally, your child has a distinct heritage. And that heritage should be celebrated, honored, and respected. Every heritage has a history, a beautiful culture that deserves to be studied and taught. 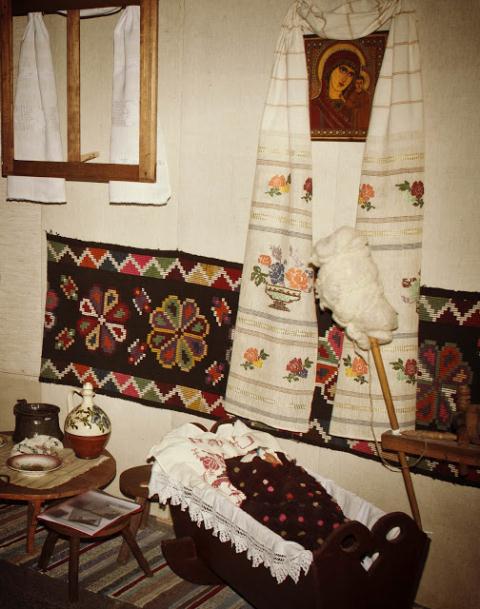 In ‘Romania’ in the Ethnographic and Folk Art Museum Tulcea is the exhibition ‘Mothers Dear Babies – Traditions about birth at the ethnic groups from Dobrogea’ a challenge for the youth to remember what their grandparents, great-grandparents, maybe parents did… when this great miracle of the world and of life – birth – put them in the situation. Dobrogea region is home to the Danube Delta, a 2,200-square-mile wildlife reserve designated by UNESCO as a “Reservation of the Biosphere;” the ancient port city of Constanta, and the seaside resorts stretching along Romania’s 152-mile Black Sea coast. The sequences in the exhibition are: the believe in Fates at Romanians, bringing of gifts and the ritual meal at Aromanians, baptism at Russian-Lippovans, Ukrainians and Catholics groups from Tulcea County, first bath after baptism at Greeks from Izvoarele Village, wedding at boy’s baptism at Turks and Tatars, the Day of Midwife.

For ‘Jamila Mubbarek Kora’ living in New Salalah, in the Governorate of Dhofar, in the south of Oman, it was not only a matter of talking. Passionate about the cultural heritage of the three lifestyle groups present in Oman ( the jebali, the Bedouin and the Hadr, living respectively in the mountain, the desert and the city) she set about collecting the objects these people use in their specific environments. In 2003 in one room of her apartment, she starts to put the objects on display. By spreading the word, eagerly looking around in villages, and looking at the spot where old houses had been demolished, her collection started to grow and became so big that it now fills four rooms of a house in the city center of New Salalah. An office was added and in 2011 the ‘Dhofar Craft Centre’ was born.

Copyright MDK
maquillage for the bride

Beside the museum, Jamila together with her friends and daughters, also run a training center for craft making of  pottery, leather, date leaves products, sewing and silverware.  She has already won several prizes, appeared on Saudi Television, and exhibited at festivals such as the Salalah Tourism Festival held during the khareef or the south west monsoon season. By asking her which room she favours the most the answer is very clear: the room where her grandmother used to live. In the museum it became partly the bridal room and the room where the baby sleeps. 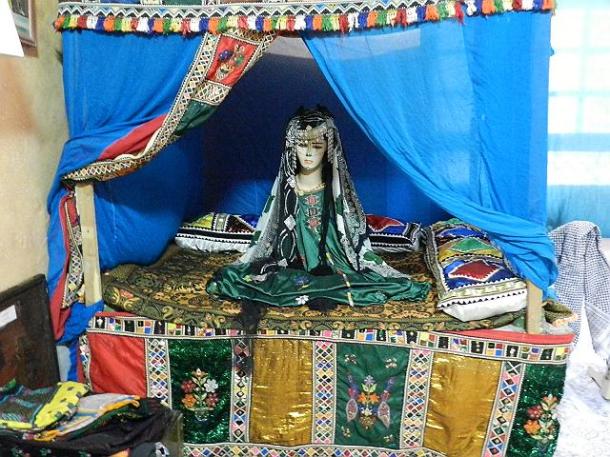